May 4 Update on Relief Efforts in Sindhupalchowk District

Women’s Foundation team left Kathmandu early in the morning of May 4 carrying food and emergency items to the hard hit Sindhupalchowk District, including Gaymere VDC, Ward no 2,3,4,5,and 8. Seven hundred families were scheduled to receive relief supplies of 30 KG of rice and 5 KG of lentils each, as well as some emergency supplies of dehydration salts and medicines.

Women’s Foundation was joined by a team from the Center for Women’s Rights and Development. A team of doctors who were originally requested to join us was turned back because of dangerous conditions on the road. We reached our first scheduled stop at 1:30pm and began distribution of the aid packages to each family. We did not finish all distribution planned for all locations for the day until 12 midnight.

The people were very happy to receive this support. No organization or individuals had reached them up to that time. They had been on their own dealing with the aftermath of the disaster and its destruction. In all of these communities, destruction of homes and buildings was almost 100%. Those who suffer most continue to be women, children and old people.

These are their stories:

Challenges in reaching our aid destinations

People in these areas are frightened and angry. Before reaching our first destination, our convoy of trucks was stopped by a gang of people. Hundreds of people physically stood in the way of our trucks and stopped them from moving. They wanted to take all the food and supplies. They demanded that everything be turned over saying that they were equally hungry and suffering. Our team tried to reason with them and to convince them that the villages further on were in even worse condition and had not received any aid yet, but they would not listen. They forcefully took 115 sacks of rice and 500 kg of lentils. We were unable to prevent this, but luckily they did not take all of our supplies. We could continue on to our first stop where we distributed much needed supplies to 215 families. Road conditions, as we made our way to other distribution locations, were very difficult. We managed to make it through the more hilly areas only to be stopped again by a barricade of wood on the road. A large gang of people began to stone the teams inside the trucks demanding that we turn over everything to them. It was an extremely tense and difficult situation. We called for the support of the local police and eight police came, but it was not possible for them to control the situation. Finally our team was able to negotiate with the gang and they took 120 sacks of rice. Then we were on our way again to our second village where we distributed to 200 families. We finally reached our last stop at 10 pm when we were met by hundreds of people waiting anxiously for help. We did not have enough rice after losing so much to gangs, but luckily we met a shopkeeper from Kathmandu who had just arrived with supplies. We were able to buy 80 sacks of rice and finish our distribution to an additional 130 families. Our team was not finished its work until midnight. We arrived back safely in Kathmandu at 3:00am.

May 5 we again go into the Sindhupalchowk District to continue to distribute aid to a further 250 families in Thampal Dhhap. Each family will receive 20 kg of rice, 5 kg of lentils, 1 kg of salt, rehydration salts and medicine and sanitary items (soap, etc.) 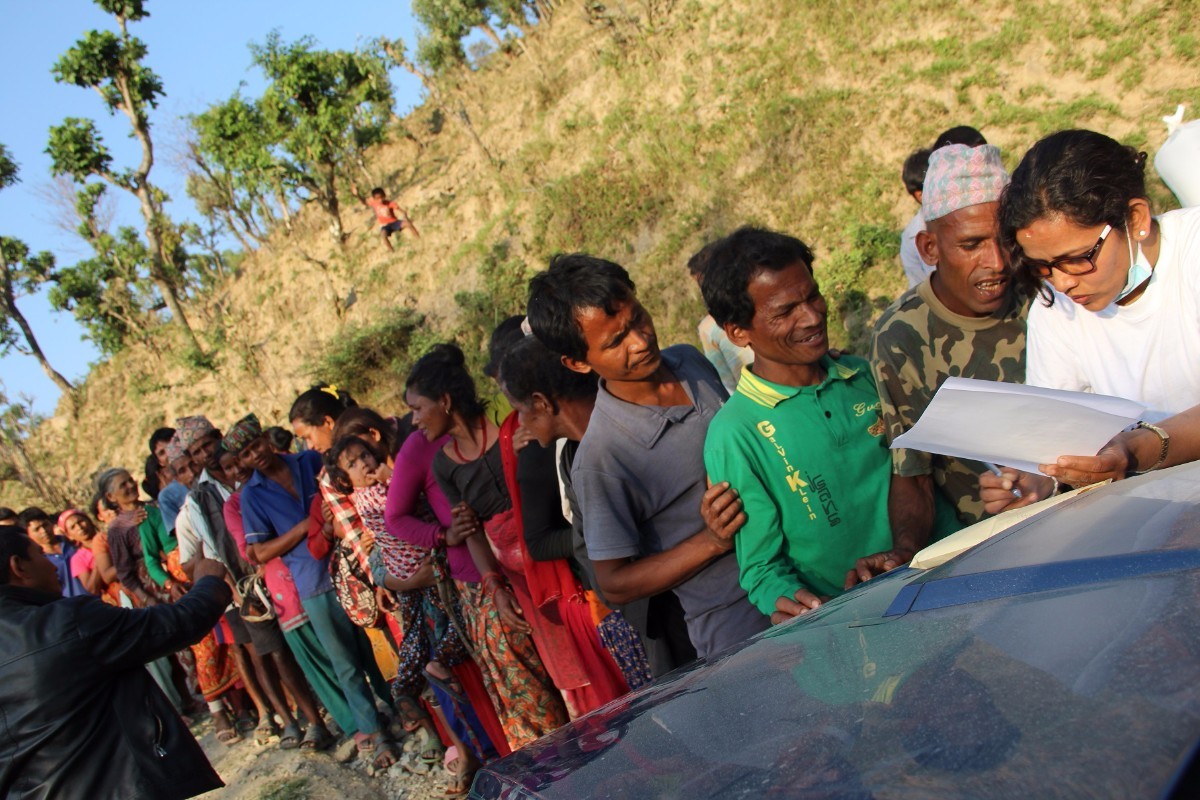 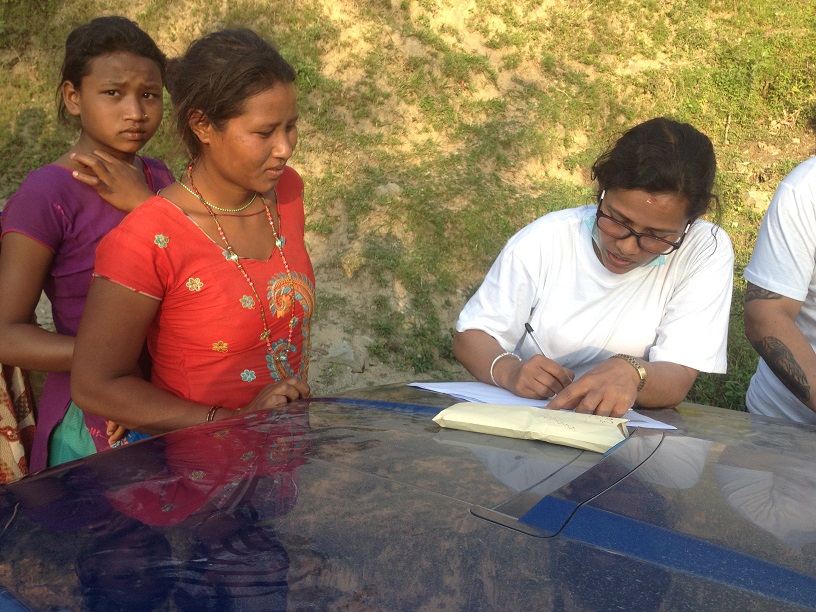 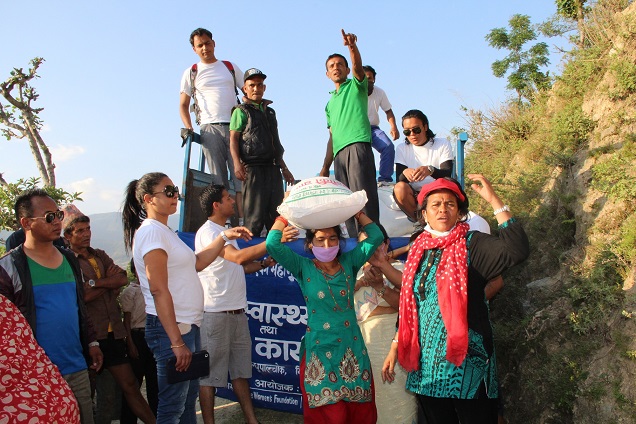 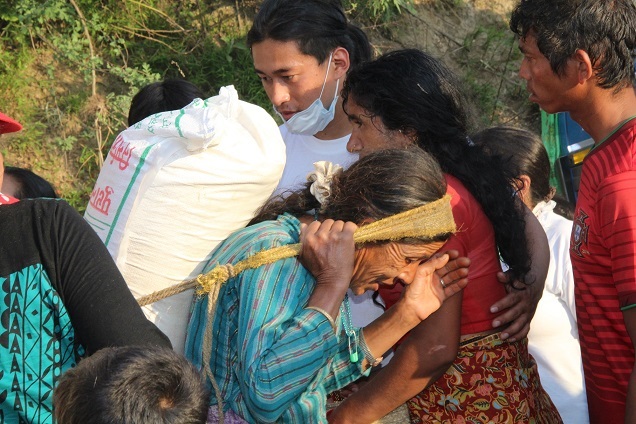 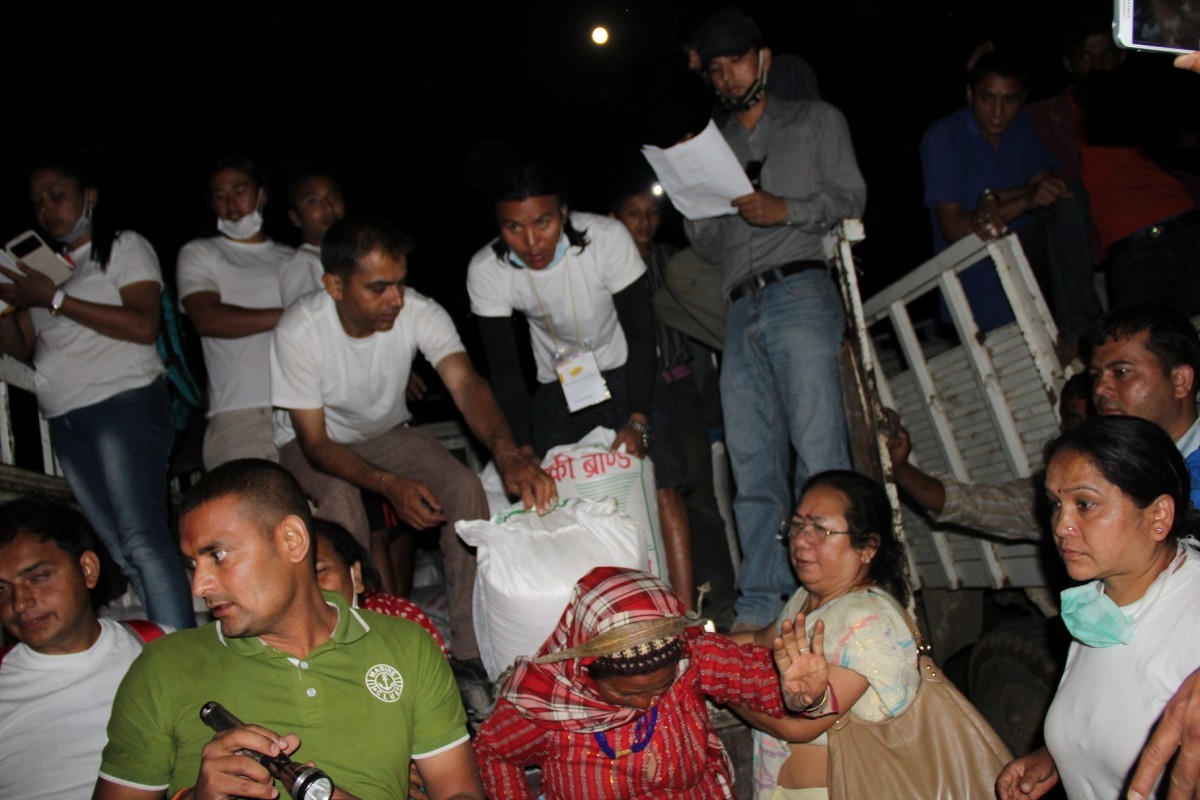 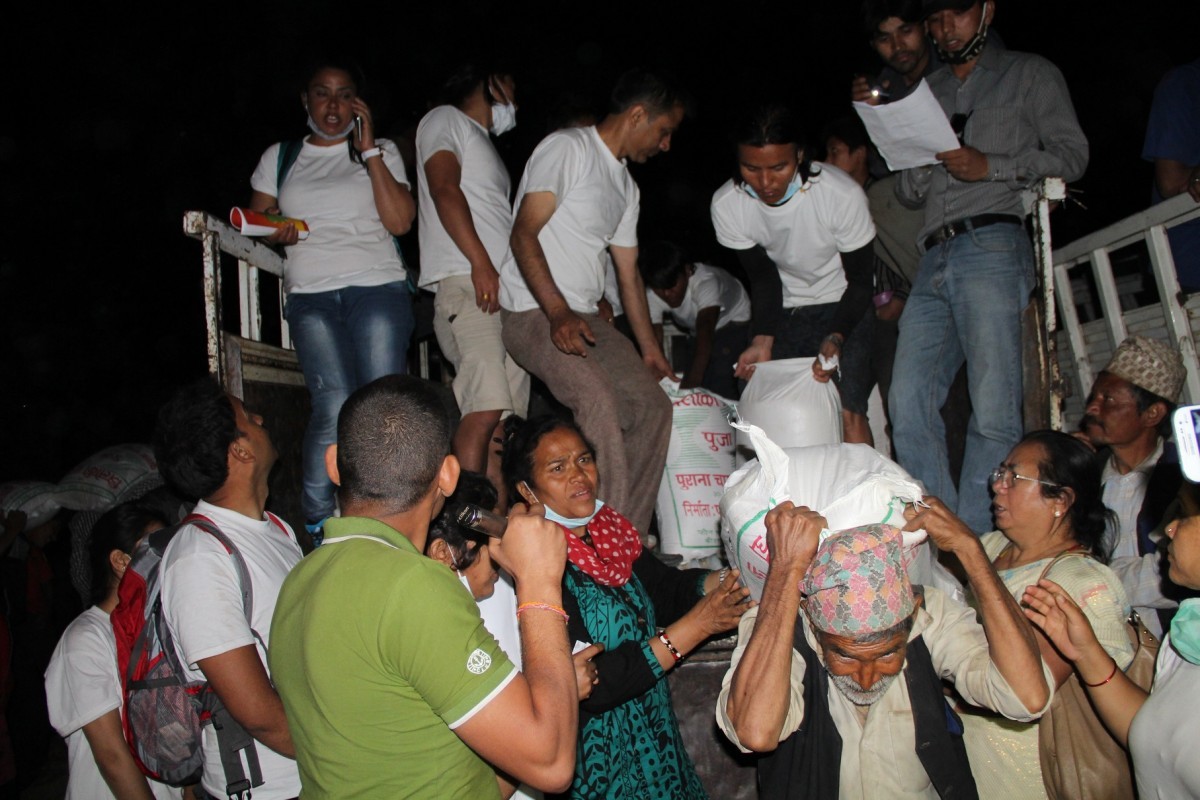