May 11 Update: Women in Karve Tell How Conditions Are Now

Today WFN trucks full of food, tents and emergency materials were out early! One team left for the more distant areas of Sindhuli District. Another team is waiting for road conditions to improve to travel to Dolakha District. A third team returned to Karve District with tents and rice for those families who did not receive during our last visit. Aid was distributed from outside our WFN office in Karve to 40 families. Afterwards the women stayed to report to us what it is like to camp out in temporary shelters and tents for 16 days following the earthquake. Their words represent the stories of 200 displaced families in their area.

The women say it has been difficult – no one has been to help them before now. Many of them are on their own – some of the men are working away in other countries, a common reality for many Nepali families. Of the group reporting, the ages of their kinfolk range from one month to 95 years old. The women said it is particularly difficult living this way for small children and old people. Many people are crowded together at night, with up to three families under one tent. The weather at this time of year is hot and humid with sudden and fierce thunderstorms. The tents do not protect from the deluge of rain and now most of their clothes and food are wet. Their bedding is wet and it is hard to sleep well at night.

The people, especially the children and elderly, are getting coughs, asthma and stomach cramps. Most are sick now. Without a good night’s sleep, damp and miserable, with no proper bed and not enough food to eat, everyone is starting to be stretched to the limit.

The farm animals that survived are wandering around without shelter and they bring mosquitos and flies to the camping area. It is noisy and sometimes frightening at night. Even while the discussion with the women was going on, a bad aftershock shook the ground. Many of these people were pulled out of collapsed buildings or survived being inside when the earthquake hit and they are still suffering from the trauma of the event. Continuing tremors are adding to their misery and stress.

People are also very worried about the future. They cannot see their way out of this, given the little they have left. They don’t know what will happen in monsoon season which will start in another few weeks.… their current shelter is not good enough to keep them safe from the downpours.

The main income of these people is farming and some of them had small micro loans to allow them to buy more livestock and farming equipment. Now, they have lost their animals, equipment, and buildings – they are afraid because they have nothing left and no way to pay back their loans and start again. It harvesting time, but the earthquake has shut down many small shops and it is very hard to sell their produce.

There is also no shelter for their animals, and yet it is birthing season. Calves, chicks, goats, and young animals are getting sick and dying. When they do, the women have a hard time burying the dead animals. There is no one with the strength to salvage materials from the collapsed houses. Because the men and young people are away working in other countries to earn money, the women and elderly are left to cope on their own. 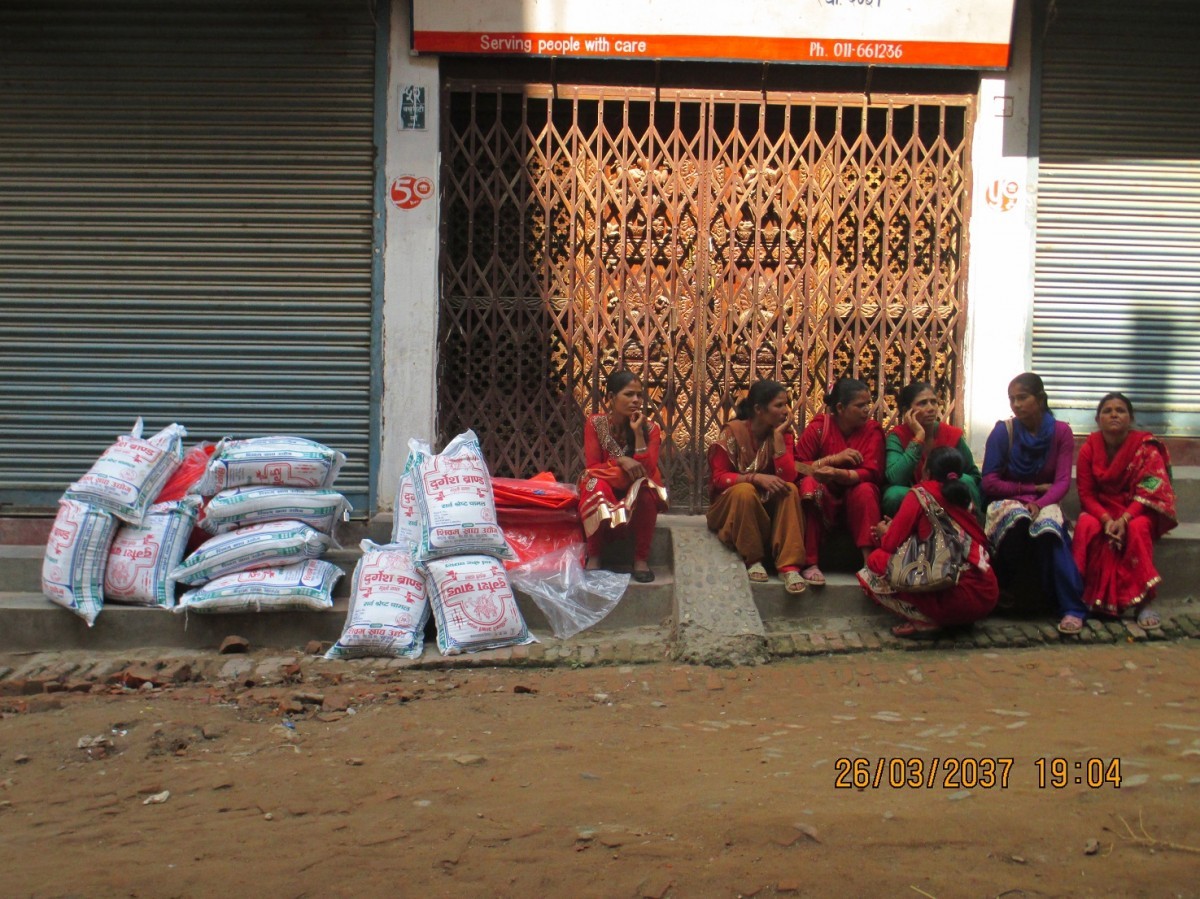