We are delighted to join this year’s International Women’s Day campaign.

Each year on March 8, International Women’s Day is celebrated to commemorate the struggle for women’s rights, and honour the many achievements of women around the world.

The 2017 International Women’s Day, focuses on “Women in the Changing World of Work: Planet 50-50 by 2030” as an International theme and “Basis of Women’s Dignity: Skilled Hands and Self Employment. Better Working World – More Gender Inclusive World” as a National theme. The Women’s Foundation Nepal organized a rally and further joined hand with national, international and working organizations on different conference, press meet and developing upcoming agendas.

The world of work is changing, with significant implications for women (UN Women). Likewise, Nepal is making a pace ahead in women’s political empowerment in Asia as 30% of Women are involved in political participation which is the highest display in the whole Asia. Nepal’s new Constitution 2015 has increased the political participation of Women in Nepal that lead to Bidhya Devi Bhandari elected as the1st President of Nepal, Onsari Gharti Magar elected as the 1st Speaker of Legislature-Parliament and by the same token, Sushila Karki recommended as the 1st Chief Justice of Nepal.

Even though, the law has been liberal, there is still a lot be upgraded. When it comes to deliberating citizenship, women’s identity as a mother is still questioned and equal distribution of parental property is still disorganized. As sourced from the Kantipur Daily, there is just 29% of female representation in Constituent Assembly and 35.64% in Government Agencies which would need a great struggle and joining hands to reach 50-50 by 2030.

Whether it is in Nepal or other parts of the world, society always marks boundaries of restriction to women. WFN believes that women are similarly proficient as men to perform any kind of task for the development of family, community and nation. Every human beings are equal owning equal right and dignity. In order to foster women’s participation in every field, we should know the domination that is followed and should be empowered to eliminate such dominations, as a result they can measure a firm path toward their betterment.

“Neither less nor more, we want equal rights.” We wish you all a Happy Women’s Day! 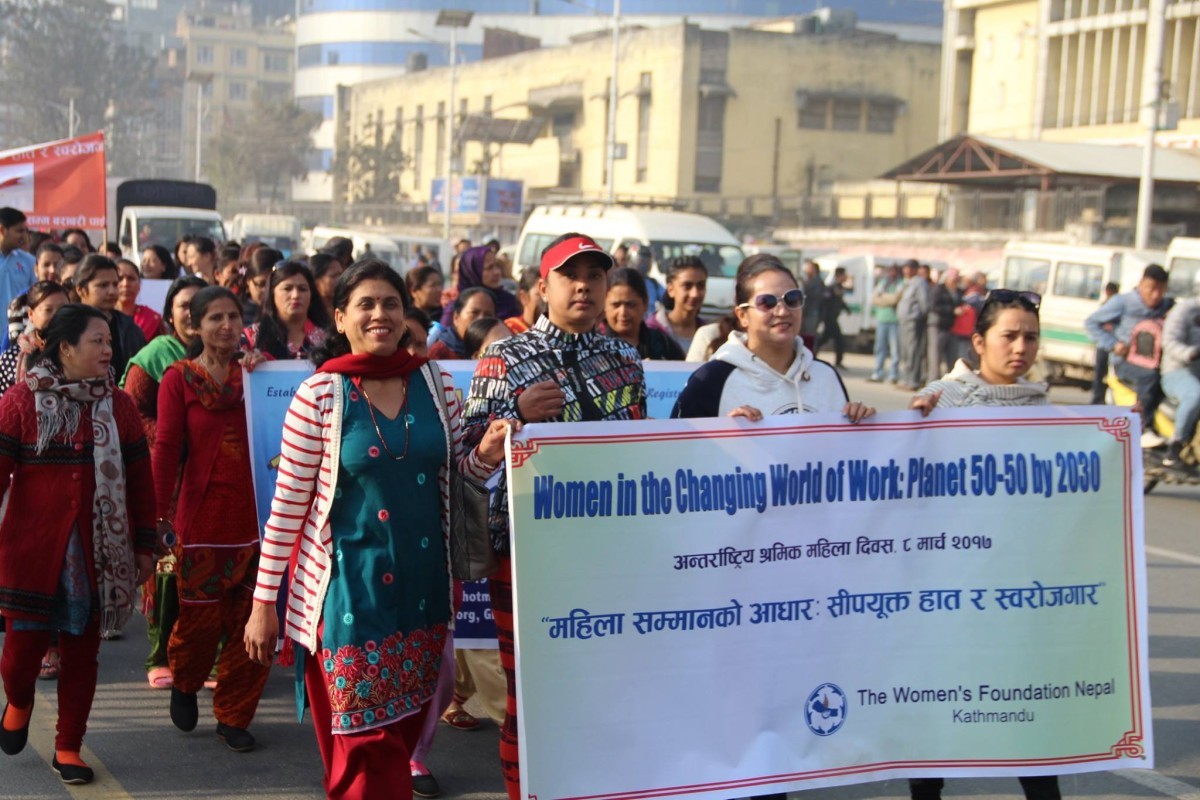 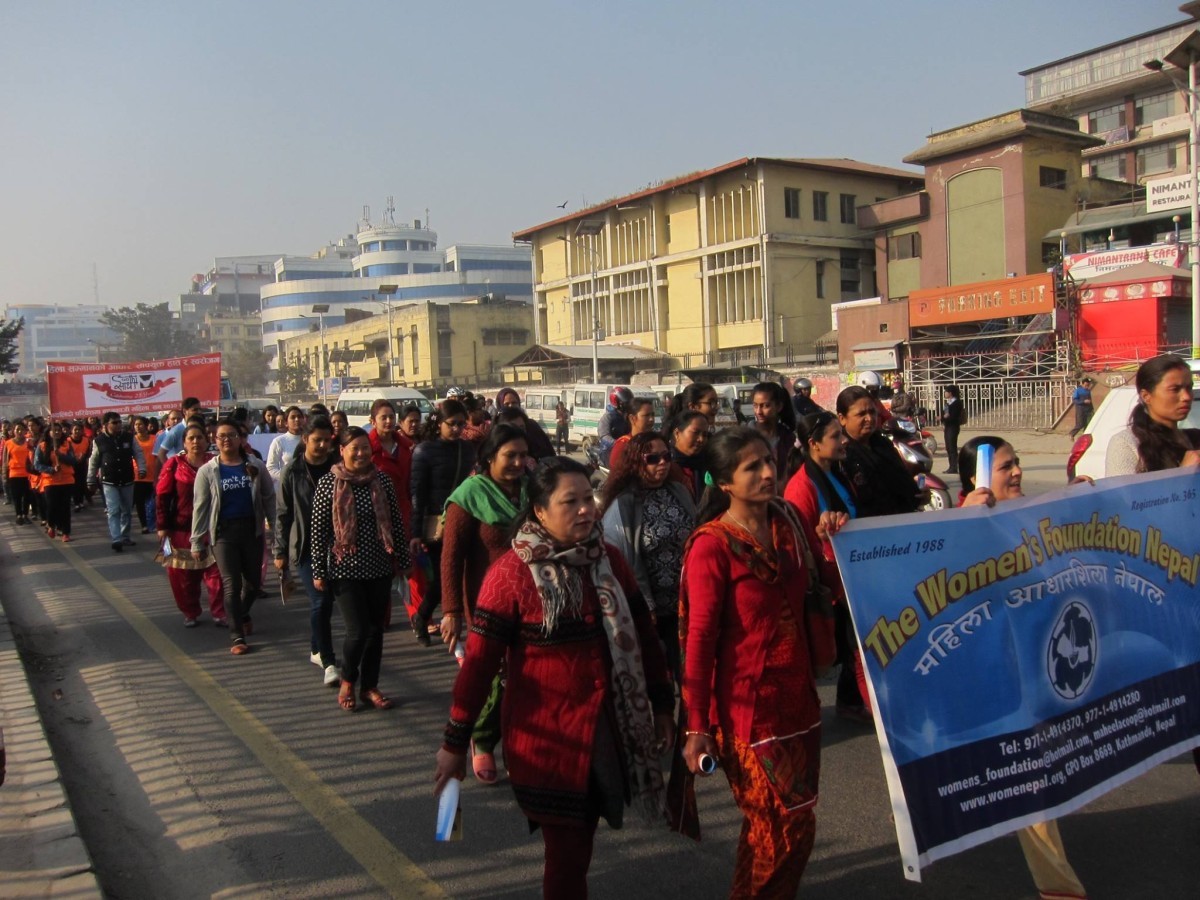 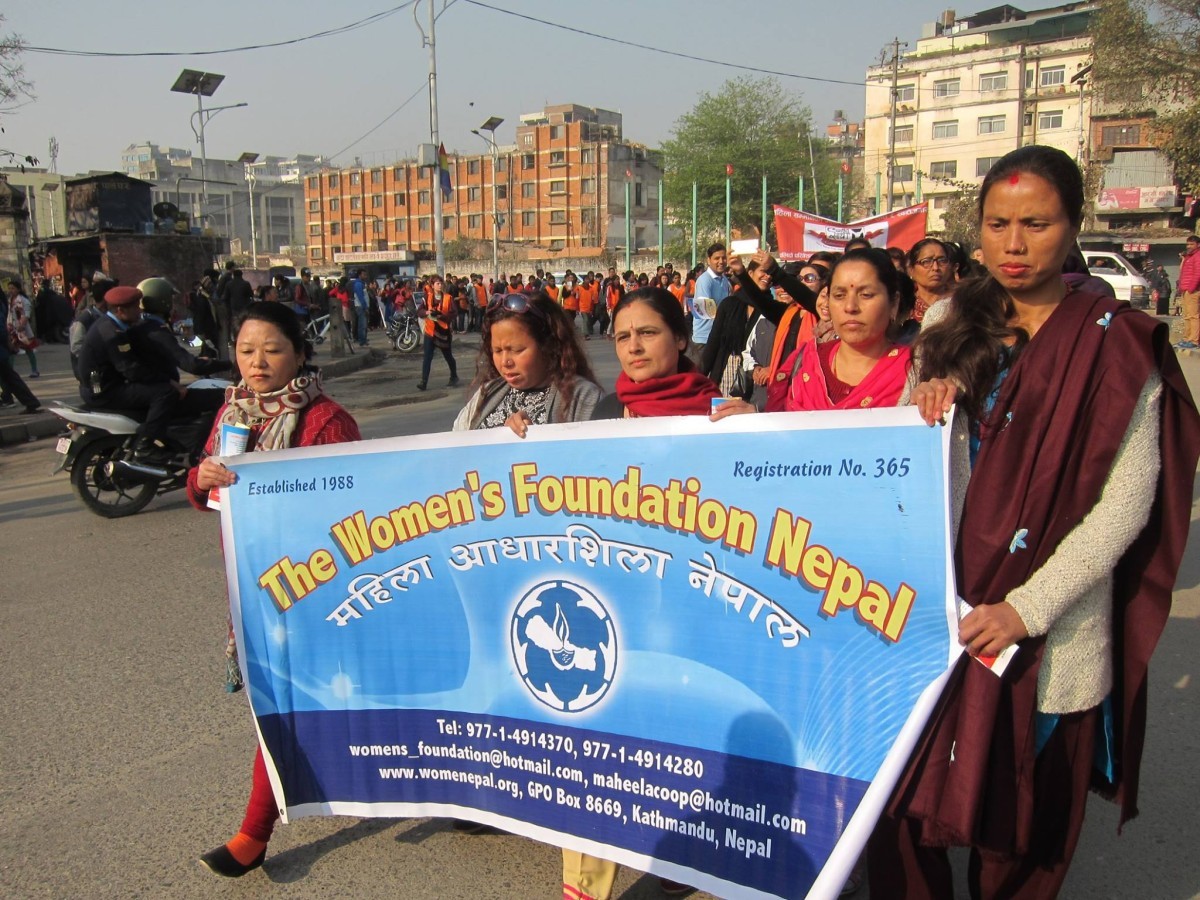 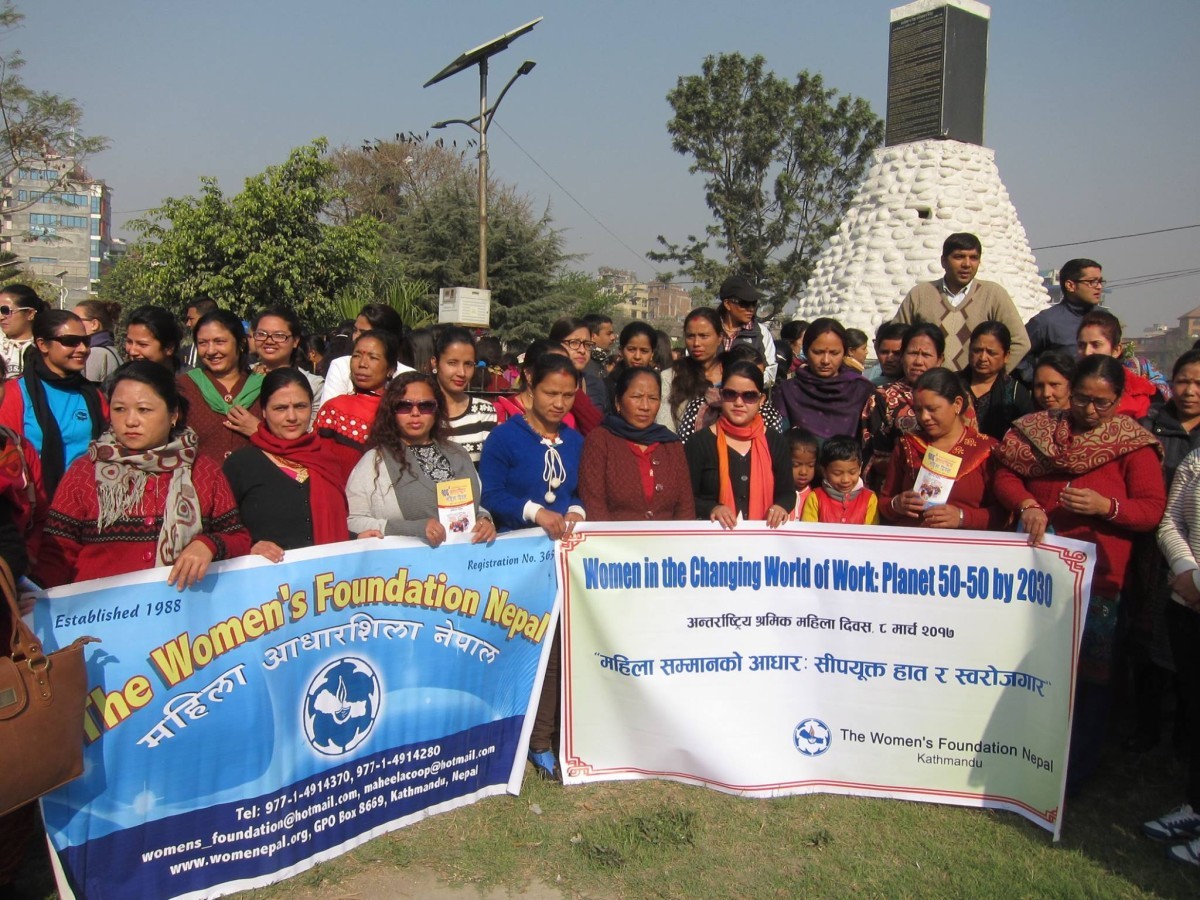