WFN 28th July 2016:  The heavy rainfall since June has flooded and landslided many parts of different districts. According to the government, national organizations and international organizations working in affected areas has reported that it has become a serious concern and need of quick relief and rescue to the people in the disaster affected areas. Life has been adversely affected after the flood and different parts of the country. 30 districts including massive destruction in Sindupalchowk, Pyuthan, Gulmi, Palpa, Makawanpur, Siraha, Sarlahi, Saptari, Arghakhanchi, Baglung, Morang, Sunsari, Dolakha, Kathmandu, Jhapa, Dang and Rupandehi districts are hit by landslides and flood.

Tens of thousands of Nepalese are still living in tents following the last year’s devastating earthquakes that killed nearly 9,000 people. Meanwhile many highways have been obstructed and many houses are swept away because of heavy rainfall, flood and landslides. The Ministry of Home Affairs, however, said on Wednesday evening that 66 people are confirmed dead and death toll is increasing hour after hour. Children, pregnant women and old aged people are facing different health related problems and having difficulties for health facilities and treatment because of the swollen rivers inside the communities.

The National Human Rights Commission (NHRC) has asked the government to immediately vacate the settlements at risk of landslides and floods in various parts of the country.  It has also asked the government to give top priority to pregnant women, children and elderly citizens while carrying out rescue work in the floods and landslides affected areas.   Issuing a press statement Wednesday, the NHRC has stated that its serious attention has been drawn toward the huge loss of life and property in various parts of the country by landslides and floods (Kathmandupost, 2016).

“Even worse is the condition of pregnant women. As their delivery date is fast approaching, they do not know what to do,” said Krish Yadav, a Rampura Malahaniya youth. Many of those villages have been inundated. Yadav has urged District Public Health Office Chief Bijaya Jha to deploy health workers as many children and elderly people are suffering from fever, cough and vomiting, among other problems (Thehimalayantimes, 2016).

Hundreds of families who were displaced by the Bheri river floods in 2014 in Surkhet are still living in makeshift shelters, awaiting the government aid to purchase land and build homes. The floods had displaced 832 families and killed 115 people.

More than 200 families have not received a rupee of the aid that was promised, and most of the families who did spent it to fulfil their daily necessities, added Regmi.

About 162 flood-displaced families have been living in temporary shelters in Girighat, Taranga, Tikhakuna, Masina and Birendranagar areas as they have no place else to go. Others have moved to their previous settlements, knowing the danger of flood.

Lalitjung Shahi, one of the flood displaced, said he and his family have already spent two years in a small bamboo and plastic-sheeted hut. He does not know how long they will have to live there.

Lawmakers speaking in the Parliament on Tuesday urged the government to rescue victims of flooding in the Terai and provide relief to them. They pointed that there’s the risk of diarrhoea afflicting people living in inundated areas due to contaminated water. The lawmakers demanded free treatment for the victims. The displaced people have not even got tarpaulins, they pointed. Flooding resulting from incessant rains have rendered hundreds of families homeless in the Terai and Mid-Hills (onlinekhabar, 2016).

The latest update by the Ministry of Home Affairs says that as many as 66 persons died while 15 went missing and 31 got injured in the floods and landslides caused by the torrential rainfall across the country. Among those killed in the disaster, 31 are from Pyuthan, seven from Gulmi, six from Baglung, four each from Palpa and Rolpa, three from Makwanpur, two each from Arghakhanchi, Jhapa and Rupandehi, and one each from Kathmmandu, Dolakha, Sarlahi, Parbat and Udayapur district.

As many as 76 houses have been fully damaged.

The number of injured come from Gulmi (9), Pythan and Banke (3 each), Kathmandu (2), Sunari, Baglung, Dolakha, Arghakhnachi, Sindhupalchowk and Rupandehi (one each).

Similarly, five persons have been disappearing from Pyuthan, two each from Arghakhanchi and Gulmi, and one each from Sunsari, Saptari, Jhapa, Dang, Kaski and Kapilvastu.

However, the death toll is increasing as lost people are found dead.

Following criticism from various quarters, the central disaster relief committee under the Ministry of Home Affairs held a meeting on Wednesday and directed the security agencies and the district administration offices in all districts to do all to make search, rescue and relief operations effective in the areas hit by landslides and floods (myrepublica, 2016).  “There is a need of adequate fund to make disaster management more effective by expediting rescue, relief and rehabilitation of affected families. At the same time, funds are also required to strengthen efforts to minimise the risks in coming days. Coordination among all the concerned stakeholders including local authorities, communities, security agencies and development partners is crucial at this time,” said Baburam Bhandari, chief of National Emergency Operation Centre (NEOC) under the Ministry of Home Affairs (MoHA) (Kathmandupost, 2016).

Scores of houses and some bridges have been swept away in several parts of the country as continual rains have swelled rivers, posing a threat of massive flooding and causing panic among the local population. Thousands of people have been displaced and hundreds of houses have been soaked after floodwaters entered into their settlements. WFN really senses greatest gloomy on such a havoc situation of Nepalese people one after another led by earthquake and blockade. We are searching for a ground to support the victims from flood and landslides in different districts as frequency of natural disasters really confirmed to strengthen the coordination of humanitarian assistance

WFN family would like to convey our heartfelt condolences to the people who are undergoing the tragic and traumatic experiences due to the loss of people and property. 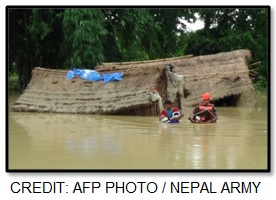 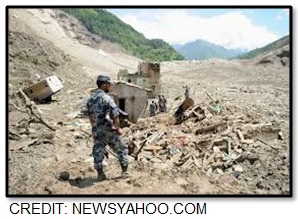 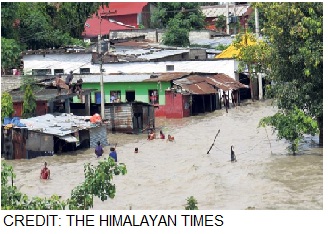 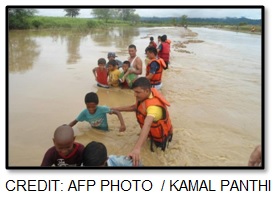 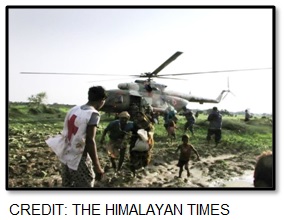 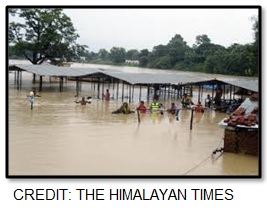 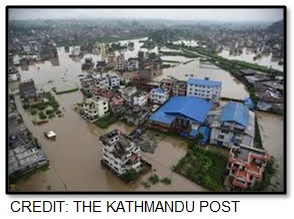