On the occasion of International Women’s Day, the Women’s Foundation of Nepal attended to a rally in Kathmandu in co-ordination with other different organization, with the purpose of visualizing the fight for women’s fundamental rights.

During the event, big banners with clear demands could be seen, making special emphasis on women empowerment, gender equality and on how efforts must be joined in order to have a real impact on Nepalese women’s life.

Likewise, girls from different ages showed slogans that called to stop all kind of violence towards women and protested for a more equal society in which men and women have the same opportunities.

After the demonstration, a formal act was held at the City Hall with the attendance of the President of Nepal Honorable Mrs. Bidhya Devi Bhandari and other authorities..

The events held last Friday in Kathmandu were the evidence that Nepal moves step by step towards an inevitably more equal society. However, big changes remain to be done and from women’s organizations we will keep fighting towards this goal in order to inspire our local environment and to achieve a real improvement for the future generations. 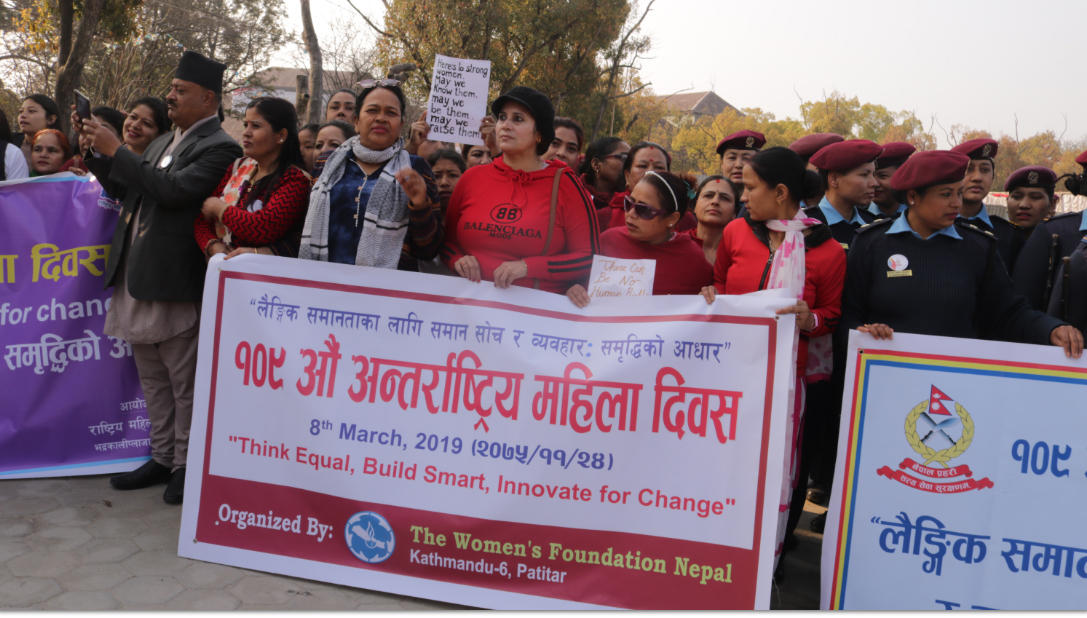 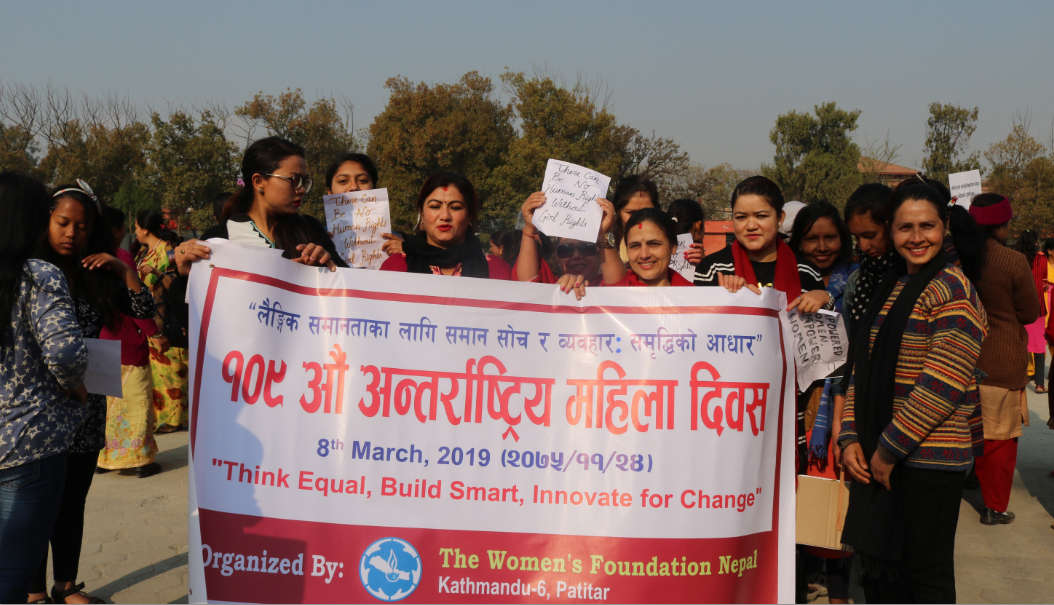