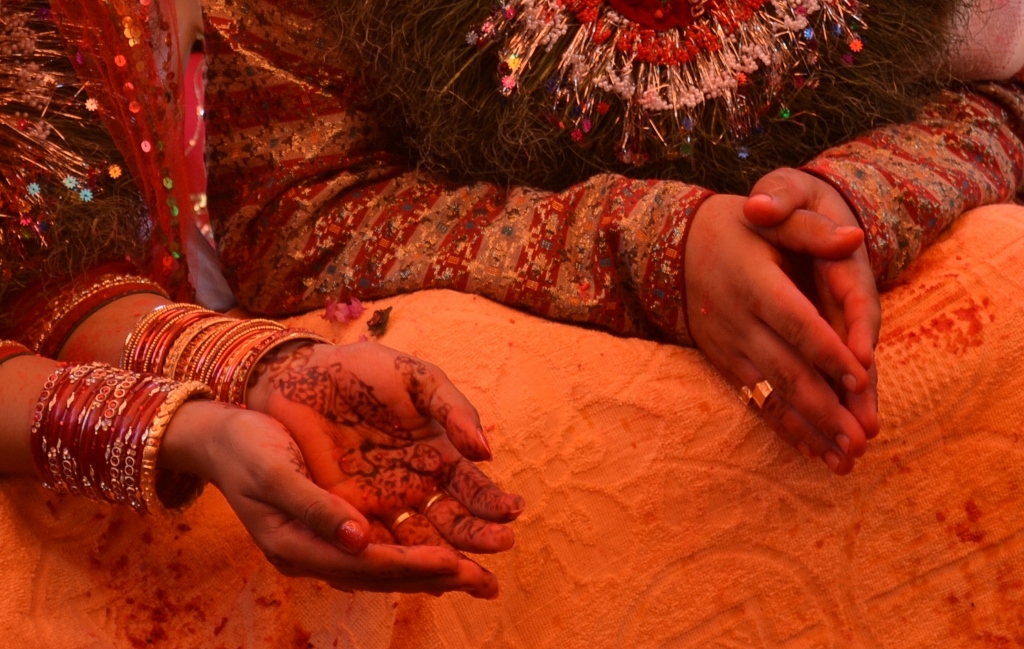 Malashree*
Child marriage at the age of 10 years old

“One day, when I was 10 years old, my neighbors congratulated me on my wedding. They had just got an invitation from my parents. This is how I found out about my marriage. My parents arranged my marriage and gave me away to a 20-year-old man. Many people warned my father about him, as everyone knew, he was a mad man. But he did not want to listen. After the wedding, I felt so alone in the house of my in-laws. I missed my family and felt uncomfortable. Soon after my wedding, my in-laws started to treat me badly. I had to get up at 4 am in the morning, clean the house, cook and carry heavy buckets of water. My husband started to beat me. I was very afraid, that he would kill me one day. Many times, he broke my bones and I had to go to the hospital. I tried to escape, but he found out and found me when I was running away. After nine years in this situation, I got very sick. My mother-in-law saw, that I would die soon and brought my back to my parent’s house. They healed me and after my recovery, I found out about The Women’s Foundation Nepal. As I lived close by, the Foundation provided me with a job. Today I feel safe, more respected and I am happy that I can take care of my parents.”

Jamuna*
Child marriage at the age of 9 years old

My mother died when I was still very young. My father married again and had children with my stepmother. They did not treat me badly but they did not care about me a lot. My father was a compulsive gambler. One morning, a man came to our house and took me away. My father had gambled me and lost. This man took me to his house and arranged for me to marry to his thirty-year-old son who suffered from leprosy. I had no idea what was happening to me. Villagers heard about my fate and informed The Women’s Foundation Nepal. They came to the house and rescued me from my husband and his family. They brought me to their Shelter Home in Kathmandu. WFN brought the case to the court and my marriage was cancelled. At the Shelter Home I have many friends now, I can go to school. It feels like a real family.”